OVERCOMING OBSTACLES ON THE SPIRITUAL PATH a talk by Swami Durgananda

How do we become aware of what really hinders us? What are the biggest obstacles in life?

That is true. Swami Vishnudevananda showed us how to overcome fear through his body language. He did not hesitate to stand up for what was right.

Before Swamiji flew with an ultralight plane over the Berlin wall from West to East, he had a press conference in Covent Garden in London. A reporter asked him: “Do you expect to survive this trip yourself?”. Swamiji replied: “The danger we have to take anyhow, because the whole world is in danger. So if one person, if I die, it will not make much difference. If I survive I am fine. If I don’t survive, I am just going a little earlier.”

What an answer. Would you have thought about an answer like this? When I heard it I thought “how detached and how fearless this is”. If one puts the ego aside, it is possible to conquer fear bit by bit. When you take the four weeks Yoga Teachers’s Training Course, you may think “I’ll be a teacher in four weeks”. But you will have to live through it. During the course you will have to teach your first class. You know how many people are afraid of this? They can’t sleep the night before. Why?

Audience: “We make a fool of ourselves.”

Who is that fool? Who said it? It’s the ego, no? When I came to Swamiji 45 years ago, I was very timid. I would have never been able to sit here and talk to you like this. I thought “what people are going to think, if I make a mistake. They have such high expectations”. The evening before my initiation as a swami (sannyas initation) I went to Swamiji and said “Swamiji, if I take sannyas I’m afraid that I will not have enough knowledge”. He said “You want to become a scholar?” I understood, this had nothing to do with sannyas. He caught my ego immediately. I thought: “Well it would be good, if by his grace I get some knowledge into that brain”. But that is definitely not the meaning of renunciation. The world likes to put it this way: if you are a swami you know everything, you can do everything, you are perfect. But if you are all that, you don’t have to take a vow of renunciation anymore, isn’t it. Think about this.

One has to start analyzing what is ego. The ego is the identification with the limitations of our own thinking, of body and mind, of time and space. Is the ego really ruling my life? Of course the answer is “yes”. Therefore effort is necessary to overcome it. But before we can put effort into our life, what do we need?

Intention means a goal, no? We need to have a goal. Many people start with an intention, but then it becomes boring, because intellectually it is always the same. There is nothing new in yoga. The four yoga paths and the various scriptures, they all tell you that everything is Atman, that you are that Self and when you meditate on that Self, you will realize. There is nothing more to it. And once you have intellectually gone through that process, what comes next? Many people follow this goal for two or three years and then look for something new.

So who can change? Who has to put the self-effort? Each individual. We always think we have to go somewhere to get the inspiration. During the initial learning period, it is understandable, but later on, where does the inspiration come from? Only from self-effort. Swamiji always told us: “Never give up. Never give up”. And the only thing he said you have to do is to “stay”. He meant in the organization or with yoga. Yoga is a bumpy path because the world is not consisting only of good days. The bad days are the ones which bring you forward most.

After the initial phase of education and training you learn how to draw from this strength. There are so many possibilities, so many things you can do. You do not need to be in the front of everything, you can also be in the back. You don’t have to be the leader, but you can also be the servant, you can be a friend, you can be a devotional person and only see love in everything. There are so many possibilities to counteract avidya, the ignorance of the ego which drives you into the ditch. Once this has been realized, the effort becomes easier.

I was walking somewhere here in London a few days back. It was a cold and windy day. I saw a sleeping bag on the pavement close to the wall and I said to myself: “I wonder if there is somebody in it?” At that very moment it moved, there was somebody inside. It made me humble. For that moment I could see the many facets of the ego. I felt thankful that I can digest food, I can talk and somehow move a bit. We should be humble and make efforts to tackle the ego. That is yoga.

Yoga is a very quiet science. We make it noisy because everybody wants to make money with yoga now. It used to be a very quiet science. In the mountains there was maybe one person, who maybe had one disciple or not even any disciple, and he would just plod on with his practice. He would have a simple life, cook a little rice and lentils and use his time in contemplation, finding out what is really here.

How do you get up in the morning? How do you start the day? How do you fulfill your tasks? How do you deal with the people around you? How do you respect them? How do you speak to them? All these questions relate to the purity of your lifestyle. It doesn’t matter which tradition you follow, your lifestyle has to be pure. Yoga can show you how to live a pure lifestyle. It requires new ways of doing, new ways of thinking. How we eat, how we sleep, how we work, how we spend free time. How do we make this a pure activity with less ego? The real change is the change of lifestyle. Not your clothes, the place where you live, your language or your passport.

To practice Yoga means to improve your lifestyle. It requires a change of attitude. It only works if you have a mental goal which keeps you alert. That is our duty. Our duty is not to accumulate knowledge. This has nothing to do with lifestyle. Yet that is what everybody does. To change our lifestyle is much more difficult than to develop our intellectual capacities. If you look at the education systems in the West, and the East is going the same direction, they are mainly developing intellectual capacities. You need to know everything, you need to show that you know more than others, it is like a competition. But then you continue to eat hamburgers and drink a beer or champagne, depending on what social class you come from.

Swami Vishnudevananda was never loud. The first time I met him in California, he had arrived from India. He had jet lag after a long flight. Wherever He was, he finished what he had to do and went straight on to the plane. He was never resting with the idea: “I have to rest tonight because I have a long flight tomorrow”. He would always move on from one thing to the next. During that first meeting, he was sitting after a lecture, talking to a group of staff. I was not staff then, I was just a person living in San Francisco who wanted to meet him. He actually looked terrible. His had a cold, he was coughing, and sniffing. He was dressed in a dhoti and upper cloth, his dhoti had holes. I thought “what a strange person”. My ego didn’t like it. I wanted to see someone like you see on photos. I politely bowed my head and said “very nice, Swamiji”, but actually I was disappointed. Then I met him again and this time he was so full of prana that it almost appeared as if he was floating above the ground. His eyes were big and full of light. He looked rested and well dressed, his dhoti didn’t have holes and he was not sniffing. He looked very distinguished. That was when I went to him and said: “Can I be your student?” You see how the ego judges?

Just like we judge others, we are also being judged by others. Whatever the circumstances are, do not be afraid to be yourself. If we you don’t make up or pretend anything, with time people will see who you are.  Swamiji was the same whether he was giving a lecture or whether he was talking to you in private. There was no difference. He would never put on a show. He had learned that.

Swamiji knew that most of what we do in the Sivananda centers or ashrams are not things for which we had been trained. We cook, we do accounts, we do advertisement, give lectures, teach, serve, clean the toilets. We often had to do the things we were not good at. Like cooking for hundreds of people. Imagine you can cook for your four-people family, and everybody says you are a great cook.  All of a sudden the guru says: “Please go to the kitchen and cook for a hundred people”, how do you feel? You have fear. And yet you simply start, you put the pots and the vegetables out, and then somebody comes and says: “May I help you?”, then another person comes and all of the sudden music is playing, everybody is cutting. Until something is burning and you start again. This is how it happens. You soon become more experienced and cooking for a hundred people is no problem.

But we don’t want to do that because the ego does not feel good when it fails. We worry that we don’t get the love from others if we are not the best. This is not true. We get more love from people if we accept situations in which we need help. Then people want to help us. If we are constantly self-sufficient nobody wants to help us. When somebody tries to cross a street and is helpless, your heart opens. You go to that person and say: “Can I help?”. The person receives love from you, and you receive love from this person. But if somebody can walk normally, you don’t look at the person. If you make an effort to do something you have never been able to do, if you allow yourself to be helpless, the false separation of the ego will melt, and people will come and help.

Extracts from a talk at the Sivananda Yoga Center London, January 2018 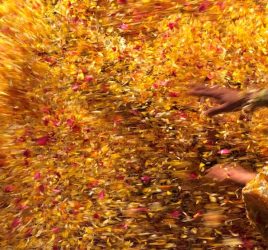 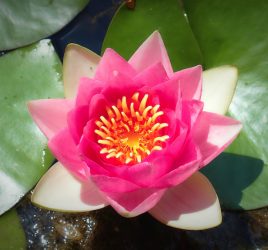 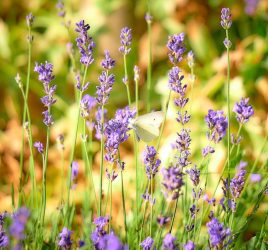